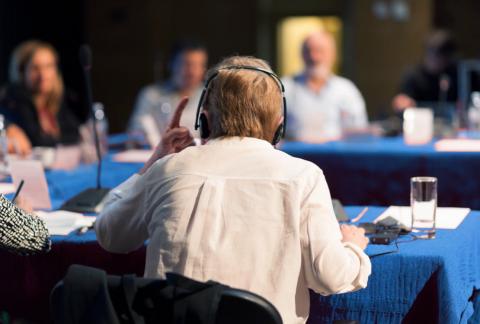 The purpose of a European Works Council (EWC) is to bring together employee representatives from the different European countries in which a multinational company has operations. During EWC meetings, these representatives are informed and consulted by central management on transnational issues of concern to the company’s employees. Directive 94/45/EC – governing the establishment of such EWCs – is applicable to transnational undertakings and groups of undertakings employing in total more than 1000 employees in the EEA, and at least 150 of them in two member states.

The EWC Directive has evolved to become an important gauge of compliance with the European standards and practices shaping the European Social Model. After 10 years of attempts to amend the EWC directive, on 6 May 2009 a recast EWC directive was adopted (2009/38/EC). (under construction: AH to add an update about recent developments).

The European Company (SE) has added additional facets on obligatory worker involvement at European level particularly by including – for the first time – participation rights at company board level. As of 8 October 2004 it became possible to establish a European Company (SE). The main purpose of the SE statute (EC 2157/2001) is to enable companies to operate their businesses on a cross-border basis in Europe under the same corporate regime. An important feature of this new company form is that – by means of the associated SE Directive (2001/86/EC) – obligatory negotiations on worker involvement in SEs were introduced which include the question of representation of the workforce at board level.