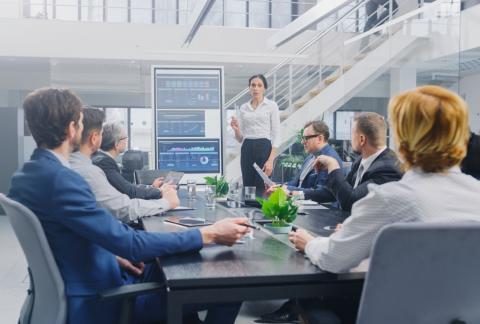 The right of employees or their representatives to elect or appoint some members of a company's supervisory or administrative organ, or the right to recommend and/or oppose the appointment of some or all of the members of these boards represents the third element of the `European trias of worker involvement rights`: information, consultation and (board-level) participation.

For more information on board-level representation rights in Europe visit the following sections on our website:

Until 2004 there was no European standard of worker participation on the supervisory board or the board of directors of companies. The European Company (SE) legislation for the first time introduced a European reference for this form of worker interest representation familiar to many national corporate governance systems.

For decades it proved impossible to reach a consensus among European policy-makers on the question of workers’ board-level representation. Whereas some member states opposed a European approach, fearing that this could weaken their national systems (such as Germany), other countries were afraid of having to import an unknown feature into their industrial relations system.

The adoption of the European Company statute in 2001 constituted a breakthrough in this regard. The European Company directive defines the different elements of the ‘triad of worker involvement rights’: information, consultation and (board-level) participation.

The result reached by the EC Council in 2001 represents a historic compromise in this regard as the debate on the introduction of a European Company Statute was deadlocked for more than 30 years. The board-level representation of employees in the SE (participation) was one of the most disputed issues. If it was finally possible to overcome the deadlock this was mainly due to the following factors: